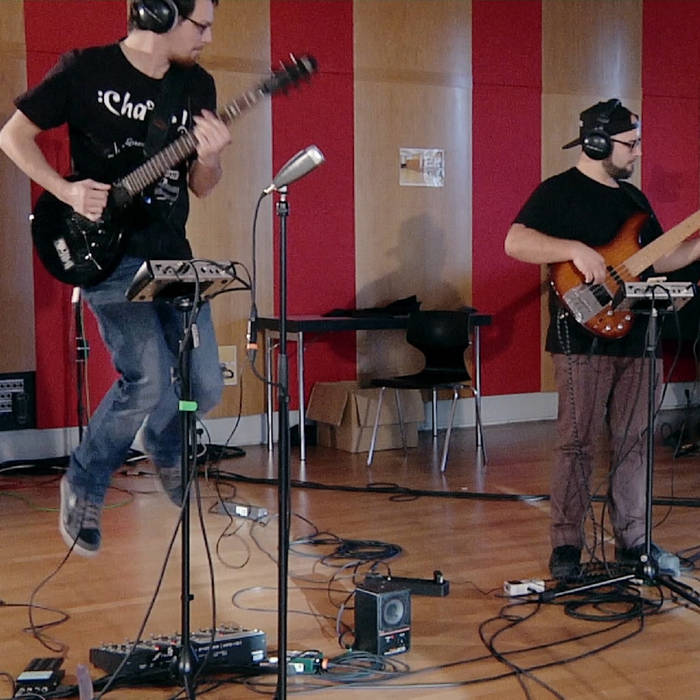 We were offered a recording session for 2 songs which would be also filmed for Youtube. We couldn't resist, so we recorded an old song and a new song.

This is the old song Chicksy Dicks (renamed here just for fun and to seperate it from the other recording) which was released on our 1st album "Prog-Fusion with Balls". I stumbled across the riff when I was 17.
Years later, studying music, some more ideas came along and I completed it with Sebastian and Ad Man in the rehearsal space. Since it's such a rocking tune and there doesn't exist a video on youtube, we chose this one for the studio session.

ABOUT IN MEMORIAM, FRANK ZAPPA:

Working Title: The Mysterious Reggae Thing
I've written songs in my early teens before this one, but this is my very first "serious" composition. I wrote this one when I was 14 and completed it within a month. HEAVILY influenced by Frank Zappa, I had his songs "Sinister Footwear 2nd mvt." and "Black Page" on my mind while composing this. It never got performed until now, that's why it's a new one to us (although it's one of the oldest of mine). I only changed coupla notes of the melody in 2018. The band CHATO! has played this one live only once, at the Freakshow Artrock Festival 2018, and is hitherto unreleased.
FZ was the reason I wanted to become a composer. Because of him my world changed. Thank you, Frank.

Bandcamp Daily  your guide to the world of Bandcamp

Featuring Gary Bartz, 5 years of Rhythm Section Intl and an LP of the week by Nicolas Jaar